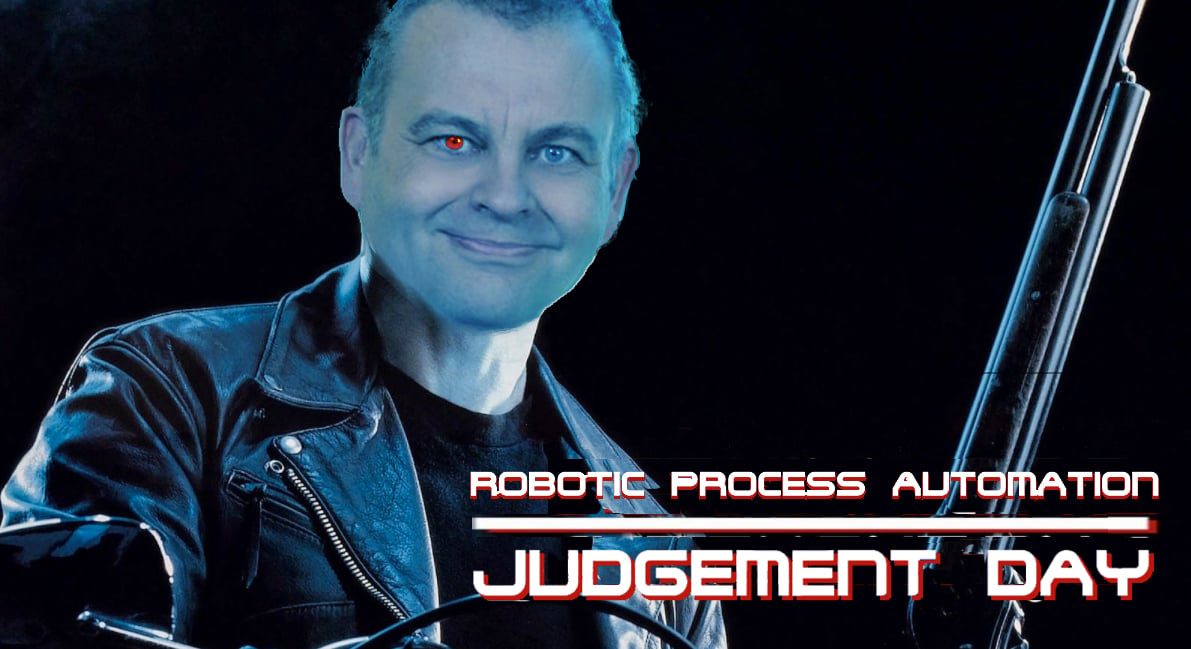 Trends and fashion are a fickle beast, yesterday's news is today's fish and chip wrapper.

Yesterday, everyone wanted to jump on the Robotic Process Automation (RPA) bandwagon.

RPA vendors attracted huge market valuations and every CIO or CTO was engaging with their ‘favourite Systems Integrator’ (is that an oxymoron?) and kicking off small projects to prove the technology. What many found however, was that RPA alone seldom met all the automation requirements needed to realise enterprise-wide benefits. It was a critical cog in the ‘gearbox’; not the whole solution by itself.  Surely, with so much hype and so much money being spent there had to be merit in these solutions?

Psychologically, when we buy something there is a condition known as cognisant dissidence where we justify our actions often to the exclusion of all the facts. As Humans, we like to justify our choices, we don’t like to admit we were wrong.

But the truth is the truth. In too many cases the Emperors new robotic cloak was an illusion and the initial projects failed on two key fronts. Firstly, they took too many people too long and had far too much coding and complexity. Secondly, and more critically, RPA alone could never meet all the requirements. There was clearly a need to acquire more tools from additional vendors. To meet this need, an extensive marketplace of third party add-ons grew to supplement (or make up for the inadequacies of) the over ambitious RPA tool.

Repeatedly, proof of concepts costing five, six and even seven digits failed to deliver or scale across the organisation.  Initial use cases were pared back or took many more months of extra effort and cost. There became a stark realisation that many supposedly leading RPA tools just can’t on their own deliver in a quick and codeless way without needing specialist skills or additional products.

Which Process Automation platform is best? Read our blog >>

These additional products meant that not only did you need highly specialised core RPA skills you also had to learn dozens of other add on technologies. These extra products all needed to integrate, be hosted somewhere and introduced huge complexity, more cost, and more security and compliance risks.

Of course, the RPA vendors would have you believe this is a healthy situation and would argue you can choose from best of breed solutions. Imagine if this logic applied to your relationship you would start with your significant other then add Gordon Ramsey as your cook, Emma Thompson to write and star in your screenplays and George Soros to manage your investments. A brilliant idea, but it still didn’t solve the initial problem that the technology was being challenged to scale and adding in more solutions to patch up the gaps was throwing more good time and money after bad.

One of the must have tools in the bag became Artificial Intelligence. Out of interest, have you ever tried to buy any modern technology that isn’t supposedly based on AI? Every technology vendor in the world now seems to claim their code is more prescient, Intelligent, cognitive and self-learning than any other.

But why, oh why, if RPA was all it was cracked up to be, are we talking about AI in the first place? Humans do many boring and repetitive jobs and RPA can automate that. Or rather it can once it knows what to do. The elephant in the room was that most RPA tools couldn’t deal with unstructured data, documents or transactions.

Imagine this, an email arrives with an attachment and based on the body text of the email and the attachment you might have to perform one or many manual tasks. Sounds familiar right? The problem was that many RPA tools couldn’t read the email as a human would. So immediately we turn to OCR or Natural Language Processing technologies to make sense of this. Many vendors bolted in OCR and told you that you could search the contents for keywords, case numbers or sentiment and this was true AI. But it isn’t, OCR should stand for occasionally correct recognition and many sentiment tools would classify the following phrase “I have no complaint about your service” as a cause for concern.

So, many seemingly simple use cases failed due to this lack of basic inbuilt intelligence, or you would need to program every possible scenario in advance. What a joy for the Consulting firms charging by the hour.  More work, more systems, more complexity and more need for their services. What started as a simple proof of concept spiralled out of control into hundreds of days of effort, spanned multiple technologies and the initial dream was sunk in the swamp of reality.

Meanwhile back in the real world...

Vendors of true automation systems or full ERP systems scratched their heads as their customers or prospects launched headlong into automation projects with simple screen \ keystroke recording tools (called robots) and failed. But being right doesn’t pay the bills. People wanted robots so these vendors called their workflow tool “robots” – and everyone was happy. Or were they?

I am sure many people reading this can cite one or two very successful RPA projects and to be fair so can I. But, to truly meet enterprise wide needs you need an intelligent automation platform. A single, secure, scalable and easy to use tool to meet the widest possible set of requirements. These platforms need to orchestrate people, processes and systems both within and outside of an enterprise.  They need to have “smart” baked in not as an afterthought and they will need to address as wide a set of needs as possible without the need to add in partner tools.

I believe there are a few key vendors like Kofax and PEGA who are ripe to reap the rewards of smart customers looking for the post “RPA” world and need truly scalable intelligent enterprise automation platforms. I also believe that the ERP vendors are either going to purchase the over hyped RPA providers or build in their functionality and starve them out of existence. Maybe the RPA suppliers can adapt and build in enough functionality to compete in the wider marketplace. But if they do, this just proves that RPA was not enough on its own in the first place.

I therefore believe it is time to say R.I.P to RPA and hello to Intelligent Enterprise Automation Platforms?

If you have any questions about business solutions from Twofold, please complete the form below.

THE TIMINATOR (and Digital Transformation Expert)

Have a question? Just ask us here ...

Previous Should you buy or rent your franking machine?
Next Envelope trivia – what goes into an envelope?

Will your company survive the rising trend for remote working?