I was tempted to write one of my shorter articles and just say 'No'. But you know me, I should at least try and put across a semi lucid argument to back up my theory. Issac Asimov formulated the 3 laws which governed robots and the very first said that a Robot must not harm a human. But he didn’t say anything about it taking our jobs!

Now some of you, may not even be aware of the phrase Robotic Process Automation – really come on, where have you been. It is one of the fastest growing areas of technology and by far one of the most exciting. Now, when I say exciting, I immediately think of the Wikipedia definition.

Wow. Did you just read that? Clerical Process Automation! We can now replicate the action of a human, interfacing with an application. Aren’t you as excited as me? I can just imagine Marvin the Paranoid Android from the Hitchhikers Guide to the Galaxy saying in that low depressed voice …. 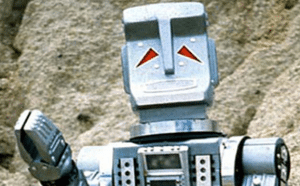 “I’ve got the brain the size of a planet and you want me to key orders into SAP?”

I mean come on Marvin, its not just SAP, it can automate processes for Oracle or any other ERP as well! Doesn’t that get your circuits just a little bit worked up? No? Well just think about it, before RPA you had to develop to and work with APIs (application programming interfaces). These machine to machine communications were great and based on the data layers operating at the architectural layer beneath the UI! By the way, even I think that is possibly one of the most boring sentences I have ever written.

So what is all the fuss about? Why are so many people excited and frightened of Process Robots in equal measure?”

I guess it is simply the impact that this is going to have on the workplace. I have written before about the march of time. The industrial revolution blighted the agricultural industry as workers flocked to mills and factories to embrace menial drone work. Meanwhile, the land was still tended by ever more automated machines and processes.

Then, the factory workers were replaced by production lines and even the odd robot (usually a single multi articulating arm) to weld or paint 24 x 7 with no tea or bio breaks.

So, factory work was replaced by “knowledge work” as the populous rushed to become a “Full Time Equivalent” and sit for hours in a cubicle manually keying data into a back end computer (Yawn).

Now, even these tasks, aren’t sacred and the rise of process automation technology means these jobs will be disrupted once again.

So, Robots are going to take our jobs right? Yes. So, they are Evil, right? Well no, in and of themselves I don’t believe they are. They will release us from boring repetitive work so we can give the drone work to the drones. It is a bit like the argument that a gun isn’t dangerous it is the person who wields it that is dangerous and this brings me on to my final point.

The people currently wielding RPA are all the huge global management consulting firms. RPA is the Emperor’s new clothes and they are whispering into all the blue-chip CEOs ears promising a world of lower costs and increasing share price.

“We are the Borg. Lower your shields and surrender. We will add your biological and technological distinctiveness to our own. Your culture will adapt to service us. Resistance is futile.”

But it needn't be this way. Some RPA tools are simple to use, easy to implement. I, for example am the most technically challenged person in Twofold, and yet I built my first robot in 10 minutes using a tool called Kapow from Kofax.

So, if you choose the right tools and avoid the snake oil sales people then RPA can have one of the most dramatic and amazing effects on your business. I have to go now as I am going to build my second robot before lunch. Perhaps I shouldn't call it Skynet! 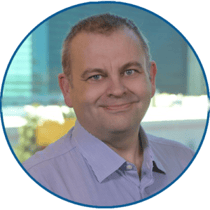 Previous A Recruiter Looking to Place a Robot
Next LegalEx 2017